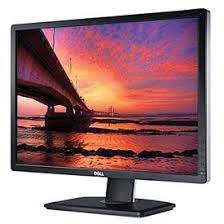 I sold a modern TN display in favour of an old IPS display.

I needed to get another monitor for my home office, as I sent my BenQ GW2765 to the new office. The monitor of choice was a 9 year old Dell U2410f.

Why Did I Need Another Display?

While I was living in my flat for my 3rd year at University, I upgraded my secondary display from a BenQ GL2450 to a BenQ GW2765. I couldn’t fit a third display on my desk at the time, so i sold it off to my flat mate for a pretty reasonable £75. It was an awesome, and somewhat much needed upgrade, going from a 1080p TN panel to a 1440p IPS panel. It’s a great display, but not really an exciting one. It’s just got the four inputs you’d expect – VGA, DVI, DisplayPort and HDMI, and it’s got a pretty good stand. It doesn’t even have a USB hub. So we won’t talk about it really, as there’s plenty of reviews online you can read if you want.

When we got our studios at Ushaw college, I decided the new BenQ should go with me there. Since I wanted to have three displays, I hunted on eBay to find two fairly low cost 1080p screens. I managed to grab 2 dell p2412s for under £80. Their colour accuracy isn’t great, but it doesn’t matter as they’re just secondary monitors. So, at home I was down to only my Samsung 144Hz display, which wasn’t ideal for my home office. I’d ideally like at least 2 displays. So i went off to eBay yet again to see if I could find another p2412. Sadly not, as the other two I ordered were from a recycler. They had a lot available when I ordered mine, but given their price it’s obvious why they sold so quickly.

The Model I Chose

There was a plethora of alternative displays available, but a lot of them had low quality TN panels in them. The first decent quality display I came across was another dell, this time a Dell U2410f. At 9 years old. It’s not even LED backlit. It still uses a CFL bulb. Seems like a bit of a silly decision really, so I bought it. At £75, I essentially paid nothing for it as that’s how much I sold my old BenQ for.

One useful feature of my BenQs was that their VGA inputs could accept a component video input through them too. This made it very simple to connect virtually any games console to them. I’ve been using a composite to HDMI converter for those without native component or HDMI. The native component input on them is surprisingly good. It’s scaled much better than the cheap composite to HDMI converter that I was using too. I quite missed this feature, and the ‘new’ Dell, filled that gap, as it’s got a huge range of inputs.

The Main Reason I Bought It

It’s got DisplayPort, HDMI, VGA, dual DVI, and the most useful ones for me, composite and component. Of course I’ve got the monitor plugged into my PowerMac G4 hackintosh and my gaming PC too, both via DVI. Although one is using a HDMI to DVI adapter. I’m keeping the DisplayPort free for plugging in my laptop, and the HDMI free for plugging in more modern consoles. The VGA will be used for plugging in the PowerMac G4 when I get to ordering a longer VGA cable. There’s a built in USB hub and SD card reader too. As it’s a professional monitor, I’m assuming it was popular feature with photographers when it was new.

As it is an older monitor, the Dell U2410f uses CFL backlight instead of an LED one. It’s still fairly bright so I’m assuming it hasn’t actually been used that much. Either that or it was unusably bright when it was new. The big downside with CFL, to me at least, is that the monitor is quite bulky and very heavy. This is a bit of an issue given that I’ve got it mounted to an arm. I’ve had to tighten all the adjustment screws as much as possible. It can still tilt and rotate a little bit, but it’s mostly pretty stuck there.

In terms of actually using the display, the colours are pretty good given its age and backlight technology. It’s not quite as good as the VA panel that’s on my Samsung despite it being an IPS. For a secondary display, I’m not doing anything which relies on colour accuracy, it’s pretty good, and more than usable. For the analog inputs, the scaler seems to do a good job, noticeably better than the BenQ that it replaced. It had a picture that wasn’t nearly as sharp. The composite input, as expected, provided a much cleaner picture than that of the cheap converter I’d been using previously.

Another brilliant feature is picture in picture. I’ve already used this a bunch of times when using FTP with my original xbox. I can keep the xbox visible in the bottom corner, and still use FileZilla on the same display. Aside from having another input just displayed in a small box, you can also show two inputs side by side. However, I can’t see anytime when this could be particularly useful.

There are other older models of Dell monitors that have the composite and component analog inputs so if you’d like that, then the Dell U2410f isn’t your only option. But if you do want a monitor it’s those inputs these older Dells are definitely a good way to go if you can get one with a backlight that’s still doing pretty good, and you don’t mind them being warm and heavy.